I was invited to speak on October the 11th by the Groupe Féministe Vidéoludique at Université de Montréal on Twine games and feminist, queer, and transgender communities.

I’ve been really quiet on the games side of things for about a year. I haven’t been going to jams or events, and have just been working on my own writing and other personal projects I’m not really interested in sharing with the outside world, so the invitation to go speak for the Groupe Féministe Vidéoludique was out of the blue, unexpected, but also really welcome. I guess one of the big issues with FOMO and not going out to play that networking game is that once you’re out of public spaces for a while, people forget about you, so it was so very encouraging to be contacted by folks I’d never met, but knew by reputation!

After a few encouraging email exchanges with the organizers, I decided I would participate, and I worked on a small twenty minute presentation for the group on using Twine as a space to explore poetry as well as the personal and political connections we forge through games in the queer and trans community. The presentation would be in French, and my biggest goal out of the event was to encourage French queers to join the interactive fiction community and make gay French twine games.

I spent a bit of time doing twitter call-outs and googling for examples of French queer twine games, but came up empty. (Note: If you have ever made a Twine game in French, and if you are queer or transgender, and especially if your Twine game contains queer and transgender themes, please send me an email at letters@gersande.com with a link to your game! I really want to play it! And, with your permission, I’d love to share it on my website and on my Twitter!)

Because I could not find any French twine texts that fit the bill, I decided to fall back on an old favourite, Maddox Pratt’s Anhedonia. It took me a while to find a working link to the game, but I was excited to include a reading/live-playthrough of it in my presentation, despite its heavy subject matter. I remember playing Anhedonia years ago, and back in March 2015 I wrote that: “It makes me think a lot about madness and my own approach to madness and sometimes unconscious decisions with my own hypertext poems/stories. It's a beautiful and thoughtful piece.”

I don’t know if I could ever write about Anhedonia any better than its own author did in The Rumpus in August 2014. On its repetitive, cycling words and meter, they write:

I wanted words to disappear and repeat, mimicking my internal struggles with thought and language. Depression makes it more difficult for me to access and hold onto my thoughts; I wanted this to be something visually represented in the text, with lines and words fading into the white. (Source: http://therumpus.net/2014/08/anhedonia-and-hypertext/)

One of Twine’s biggest assets is its ability to facilitate the creation of branching narratives—but one of my favourite aspects of Anhedonia is that it discards the branching structure and the gamer’s mythology of choice in order to create space for poetry and meaning:

anhedonia has been criticized for its lack of choice by some of those who interpret it as a game. There are no choices for you to make that lead to different outcomes. Replaying it will not yield different results. I didn’t want to create alternate endings in part because it’s an autobiographical piece, but the lack of choice was important for another reason: I did not wish to imply that depression was like a system, in which choices had clear consequences. (…) Madness is not rational, clear, or (for me) comfortable, and I did not wish to force it into submission through the creation of a game-like system. (Source: http://therumpus.net/2014/08/anhedonia-and-hypertext/)

I was a bit hesitant to bring a poem about madness into a room wanting to learn more about the links between Twine and the queer and transgender communities, but I was and still am so blown away by Anhedonia. I wanted to highlight the way in which Maddox is able to create an intimate space between the text and the player using a “game engine” like Twine. As Emily Short wrote in 2015:

Twine games often open a space of privacy between the author and the reader, sometimes ask things that can only be safely answered because the answers aren’t going anywhere. (Source: Emily Short’s Interactive Storytelling, July 17, 2015 https://emshort.blog/2015/07/17/videogames-for-humans-ed-merritt-kopas/)

With tools like Twine, which are open-source, and free, and reasonably easy to learn how to use, we don’t have to worry about seeking representation from videogames companies. We can create our own games and stories and texts and share them amongst ourselves. We can create and curate our own canons and narratives (as Caelyn Sandel did, whenCaelyn started the #altgames hashtag on Twitter.) Maddox’s Twine game is about madness, and I connected to it quite powerfully because of how it made me reflect and feel about my own madness.

Tangential to this avenue of inquiry and experimentation, I spent a (tiny) little bit of time during my presentation addressing that boring old question: “But is it even a game?” As I wrote on a presentation slide on this point (loosely translated from French):

I call some twine games anti-games because it pisses people off. But when we look at the definition of a game itself, it’s so vast and hard to pin down. Games can include dance, theatre, hand games, role-play, sex, gender, poetry, song, electronic systems and devices, mechanical materials and tools such as balls, ropes, cards, dice… Games are so fundamentally interdisciplinary. In my own case, I’m not just looking to have fun when I’m playing a game. (…) So is it a game? Sure! But it could also be something else. And often, that something else is what holds my attention in the first place.

I was once attending a talk by Pippin Barr when I remember him saying: “Calling something a game is a Trojan Horse, because maybe it’s a game, or maybe it’s something a little different.” We think we are playing a game, but maybe we’re reading a book, or a poem, or participating in theatre, or grappling with a philosophical question, or something entirely different. How do literature, poetry, metaphor, and philosophy questions translate to the screen in hypertext? That’s a question I really love thinking about and a question which I believe Anhedonia does a good job of answering, or at least exploring further.

The presentation went well, overall, and concluded with a conversation I keep finding myself having with my queer and transgender French-speaking friends. Not only do we feel like the language of social justice and queer and transgender culture is in English, separated from us by a cultural barrier, we also feel separated by the inherent linguistic barrier. Translation of concepts or words becomes insufficient—how do we adapt French to queerness and transness from within? How do we grapple with a language that is so gendered, sometimes even bizarrely? How do we bring out a feminist or queer or gender consciousness through French while also understanding that the French language was built on patriarchal, colonial, and even imperial structures?

There’s an added twist for us programmers and game designers—how do we deal with the fact that almost all the accessible programming languages and systems out there are literally built on English? Even though I can download the Twine 2 program in French onto my computer (which I’m very grateful for!) if I want to use even the most basic Twine macros to connect my different Twine passages, I still have to use English words such a (link:) or (goto:) or (display:). It’s definitely an issue worth consideration when the only Twine texts I could find for my presentation were in English.

A first step is to build community, and it seems that the Groupe Féministe Vidéoludique is up to the task. So if you’re in Montréal, and you’re interested in these issues and in making games, check them out. I definitely will be doing my best to help them in their efforts as well, because I’m unsurprisingly personally invested in uplifting French queer and transgender communities here and everywhere.

(If there is an interactive/Twine game you think desperately belongs here, please message me. Especially if it’s in French!) 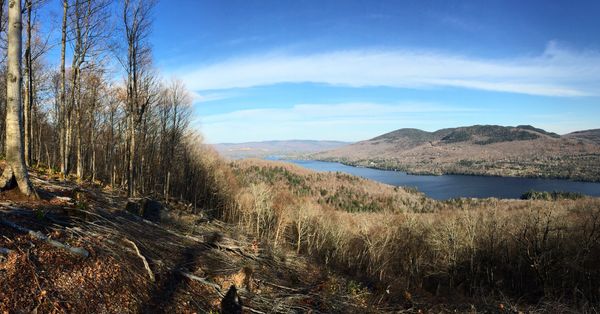 We hop into the car late on Friday evening. A dog, five humans, lots of bags. Another human and two dogs will be joining us the next day up north. We drive through a night punctuated by blurred yellow lights as we get further north, the radio set to the rock station I listened to in high school. 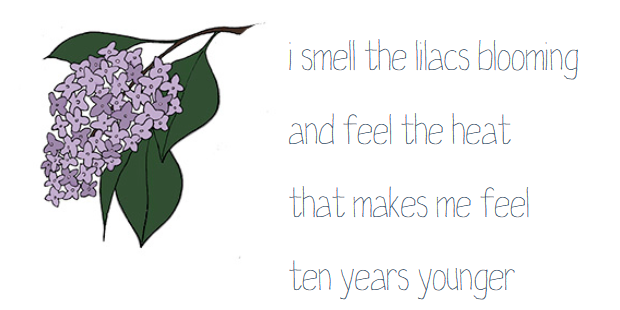