All Hands On Deck: The CAQ is pushing a disaster bill for trans, intersex, and nonbinary people

The CAQ's proposed Bill 2 represents a brutal regression in human rights for the trans, intersex, and non-binary communities in Quebec.

The CAQ (Quebec's provincial government, for my readers outside the province) is advancing Bill 2, "An Act respecting family law reform with regard to filiation and amending the Civil Code in relation to personality rights and civil status," which represents a brutal regression in human rights for Quebec's trans, intersex, and non-binary communities.

What the fuck? The Québec government is proposing having both "sex" and "gender" on birth certificates and only allow people to change their "sex" if they had genital surgeries. This is so fucking transphobic and backwards.https://t.co/gFHjFehFRq pic.twitter.com/tO1pbXCtnm

It's worth noting that this bill happening now strikes me as the conservative backlash against the Herculean work of trans, intersex, and nonbinary community organizers who have been fighting for trans rights for more than a decade here in the province, and who won significant gains in 2013, 2016, and even earlier this year:

It was in January of this year, thanks to the Centre for Gender Advocacy Centre's lawsuit against the Quebec government, that nonbinary people succeeded in obtaining the recognition of a third, neutral legal gender, the famous "X" that could be used instead of "F" and "M" on passports and other ID belonging to nonbinary people.

To read Bill 2, visit the following link to download the PDF document: http://www.assnat.qc.ca/en/travaux-parlementaires/projets-loi/projet-loi-2-42-2.html

As Florence's tweet above notes, it's on page 13 of the PDF regarding changes to section 71 where the disturbing changes to the law really seem to begin (emphasis mine):

It doesn't stop there:

If I understand what's going on — honestly it's unclear why they're doing this — it seems to me that the provincial government now wants to codify "gender" and "sex" separately on the documents of transgender, intersex, and non-binary people. The change would only allow people who have undergone major medical procedures to change their "sex" designation, but not change their "gender" designation.

On top of all this nonsense, further down in the document, there are changes targeting intersex people that I find problematic and disturbing:

(p. 13) 71.0.1. A person whose designation of sex appears in their act of birth as undetermined or, in the case of a minor, their tutor, must, as soon as it is possible to determine the person’s sex, apply for a change of designation of sex and, if necessary, for a change of the person’s given names. To obtain the change, the person must meet the conditions prescribed for such an application by this Code and those determined by government regulation.

(p.78) 247. An application for a change of the designation of sex that appears in a person’s act of birth must be accompanied by, in addition to the documents referred to in section 4, a certificate from the attending physician confirming that the medical treatments and surgical operations undergone by the applicant make it possible to conclude that there has been a structural alteration of the sexual organs which has permanently changed the applicant’s apparent sexual characteristics and a certificate by another physician practising in Québec attesting to the success of the treatments.

However, an application for a change of designation of sex of a person whose sex was undetermined at birth must be accompanied by a certificate from the attending physician confirming the determination of that person’s sex.

The issue of what intersex children are put through to "correct" the appearance of their genitals is a big issue around the world, and certainly in Quebec as well.

In addition, Quebec's transphobic and ableist medical system is simply buckling under the conditions imposed by the health crisis. The increase in medical barriers in the lives of trans, intersex, and nonbinary people is going to be a disaster.

A post shared by The Centre for Gender Advocacy (@gender.advocacy)

Bill 2 takes us back to 1977, requiring trans people residing in Quebec to undergo extensive medical procedures (and even sterilizations) to obtain the right to legally transition. The legislation seems to want to enshrine the concept of "biological sex" — which, by the way, is not a scientific concept at all, and which is often used to attack trans, non-binary, and intersex people!

I am very concerned (and discouraged) by these measures. This bill just seems malicious to me.

Robert Leckey wrote in La Presse in February that the province of Quebec had finally acted to live up to its reputation as a champion of gender minority rights. Let's just say that's an article that hasn't aged well.

You can write your comments to the Québec legislature directly by clicking here. Please don't remain silent, this is an all hands on deck situation. 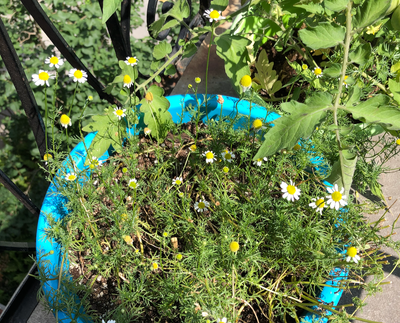 For My Patrons: A Jumping Spiders' Perspective 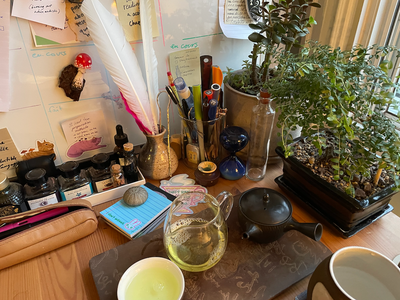 Wrapping up my 2019 Blogging Challenge A Tale of Two Dominique Pamplemousses