Politics is pervasive. Everything is political and the choice to be "apolitical" is usually just an endorsement of the status quo and the unexamined life.—Rebecca Solnit

I've been hearing the word apolitical a lot recently, and I wanted to have a discussion about my experience with that word, which I have grown to regard with some suspicion.

There was, not too long ago, my work as a teacher and advocate of the "Learn To Code"/"Teach Kids Code" movement in Canada—one day in early 2013 I was positively described as "apolitical" by a friend. Everybody wants to teach their kids to code, he explained to me, and as a result my work was appealing to all sides of the political spectrum! I actually thought this was a very strange conclusion: I was an advocate for coding literacy and talking about my experiences teaching kids as loudly and as enthusiastically as I possibly could to anyone who listened, specifically because I wanted to change attitudes about learning computer science, and improve the quality of primary education in Québec. I felt my work was deeply political.

I eventually realised that apolitical in this case was not a measure of politicalness on the spectrum between "not political at all", and "very political", but that, in his eyes, I fell in the middle of the divide between Conservative and Liberal, or, that I wasn't aligning myself specifically with a political party here in Montréal, Québec, and the beyond. The common framing of political behaviour has become encased within the American system of their two-party political spectrum. Republican or Democrat, conservative or progressive, on the left-of-center or on the right-of-center. To be political is to be furthering your party's interest—and it often doesn't even matter if you've even agreed to be perceived as aligned along that right-to-left spectrum. To be apolitical? That's largely contingent on where you are at any given moment, what kind of flesh-and-bones body you move in, and who is around you. In politically centrist communities (between the political left and right as they are often conceived in North America), to be apolitical is to be centrist. The Liberal Party of Canada is a centrist government, so it often bewilders me to see centrist politics described as being apolitical.

When I was called apolitical, it was by someone who had more experience than I in the Canadian not-for-profit scene, and at the time I found the comment odd. Politics were not unfamiliar to me, but I still I found being described as apolitical bewildering since I was at that time navigating tech spaces, but I was not, and am not, a man.

Not only am I not a man, but I participated in spaces that celebrated and lifted up women in tech, and on top of all that, I wanted to teach children, with a special focus on girls and at-risk youth, about building websites and learning programming logic through Scratch. From the computer science student's point of view, the simple act of me walking into a lab or into a tech meetup was inherently political (even if, countless times, I often tried to fade into the wallpaper, or ended up leaving as quickly as possible)—the fact that I was running around talking about things like teaching young girls how to make websites, basically meant that not only was I being political in tech, I was often considered extremely political.

I'd like to mention that when I was in my late teens, I resisted very much being ascribed political motives in spaces full of strangers. It was very uncomfortable, and I was already a rather anxious person with limited reserves of stamina for social interactions. Being ascribed politicalness was frightening because it felt like it was a process over which I had absolutely no control. I felt like every time I opened my mouth to be honest about who I was (a student engineer, or a student programmer) and what I wanted to do (program), I was incriminating myself: yes, I'm the only girl[1] on the team, yes, I understand the project, yes, I like to program, yes, I've built websites, yes, I know the basics of object oriented programming, yes, I actually am in this class, yes, I'm queer and have a partner,[2] yes, I'm interning for a software company, yes, I know how to use version control, yes—

It often felt like tech would always see me as a strange alien invader here to ruin everything.

It was exhausting, but for me it was an early wake-up call that participating in tech spaces socially and professionally might not necessarily get worse (it did), but it would not necessarily ever get less complicated either (it only got more complicated). But with luck, I hoped I'd learn to manage all the different tensions surrounding being me in tech spaces. It looked like there were two ways I could go about it: (1) try to become as harmless, as unthreatening, and as docile as possible, or (2) do what I want to do—which at the time was to teach kids coding and support women-in-tech spaces—and deal with the inevitable consequences. There didn't seem to be any way of escaping that choice, at least not then.

What I want to stress by sharing my experiences like this, before I move on to the second part of this essay, is that at no point was there ever actually an apolitical manner for me to exist in tech spaces—at least not one that felt realistic or available to me. The space was determined to make me chose between (1) completely acquiescing to a tech culture dominated by cis men and inaccessible to outsiders, or (2) trying to change it. Some days the culture in tech was eminently ignorable and I was just teaching kids the basics of HTML and having fun building websites with them, or I was dealing with all sorts of people in and out of tech who wanted to help me teach kids to code, and nothing else really got in the way. But on other days it felt like my professional and social life was constantly blowing up in my face.

"I was about 14, we were in his house, arguing, both of us bristling with half-baked knowledge from books that we had read. I don’t remember what this particular argument was about, but I remember that as I argued and argued, Okuloma looked at me and said, “You know, you’re a feminist.” It was not a compliment. I could tell from his tone, the same tone that you would use to say something like, “You’re a supporter of terrorism.” —Chimamanda Ngozi Adichie We should all be feminists

I started becoming interested in making videogames in late 2013. I liked what I thought I saw: the combination of storytelling and programming. I jumped right in, rather excitedly, applying to Pixelles here in Montréal and teaching myself about Twine, Stencyl, and Unity, dreaming of making all sorts of oddball, interesting videogames that would continue to fuel my aspirations of teaching programming in fun ways. I started working on a more-or-less secret long-term videogame project, now abandoned for the forseeable future, about teaching kids coding.

I'd made the decision just a little earlier in my life to just do what I wanted to do and deal with issues as they arose, but it was becoming much harder to not think of politics, and to not be ascribed politics automatically in public. The stakes seemed higher, now, and folks online and offline were much less forgiving, and gracious, than they had been before, and much quicker to pigeonhole me into boxes that I understood to be meant as insults: feminist, cultural marxist/politically correct—within a few short months, these eventually morphed into the strange new insult social justice warrior.

What's interesting to me here is that it seemed like the tension I'd been feeling all along because of my body's presence in tech had now, without my wanting it to, been transferred to the work I was doing. My focus at this point was less on teaching and was more focused on videogames, which tell stories: and I was now dealing with all sorts of contradictions and assumptions from deeply-entrenched ideological constructions that seemed opaque, arbitrary and often bizarre. For instance, the idea that I wasn't working on "real videogame projects" because there weren't any guns, or high-definition "realistic" three dimensional worlds to interact with. The idea that I wasn't a "hardcore gamer" augmented the previous insecurity I felt when I was a student in Electrical Engineering and considered a "fake geek"—my gender and sexuality were still, of course, problems that I was never sure I should broadcast, or hide at all costs. Of course I also had to contend with the idea that videogames are not art, that they're "pure commercial entertainment", products built by software companies, and should not be treated like art but like computer programs. This led to the understanding, even more strange to me, that videogames are politically inert objects completely free from ideological trappings. That is, videogames don't have meaning. The hardcore videogame "culture" (which, remember, was impressed onto me to be ideologically inert and meaningless) was roped off and inaccessible to me because I didn't grow up with a SNES, or a Nintendo64, or a PlayStation. Not to mention I was grappling with some very real anger amongst people (some close to me) who were exceedingly angry I was trying to "put politics into videogames".

Again, my biggest concerns became, and not by my own choice, politics. I was "putting politics" into tech spaces by putting my body there. I was "putting politics" into videogames because I wanted to add messages to the story being communicated within the game: to teach kids coding and improve representation for marginalized children. As I discovered over, and over, and over again, tech spaces and videogames were "apolitical" until I got there.

I think there is a debate in the arts about, you know, whether we must strive for art for art's sake, and you know, kind of try to keep political debate out of our work. And to that I say, I'd like you to show me an example of, you know, this so-called apolitical art. I don't think there's any such thing.—Sarah Jones

Some conclusions: I came to suspect that the definition of the "apolitical" being repeated ad nauseum around me had nothing to do with the dictionary definition. I came to suspect that the apolitical was a mirage (likely a beautiful one) fuelled by privilege, and one's investment or dependence on the status quo. If one is lucky enough to occupy a space where one is never disturbed by politics, that is a sign that in that space, they have a lot of privilege.

I've also learned, the hard way, that "Stop bringing your damn politics into this!" actually means: "Shut up and go away." I've learned that this is actually an attempt to reinforce conformity to the status quo. I've learned that to be apolitical in a space is a function of privilege that happens when your body is not questioned and does not cause a disturbance everywhere you go, and when your history, merit, and value as a human being are not cast into doubt at every turn.

This blog post was republished with permission from the author (err... me) at: 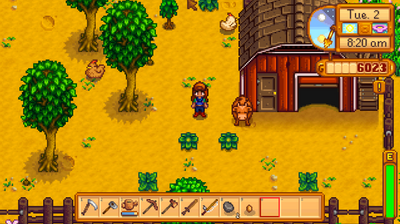 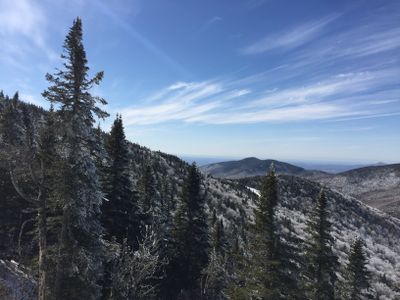