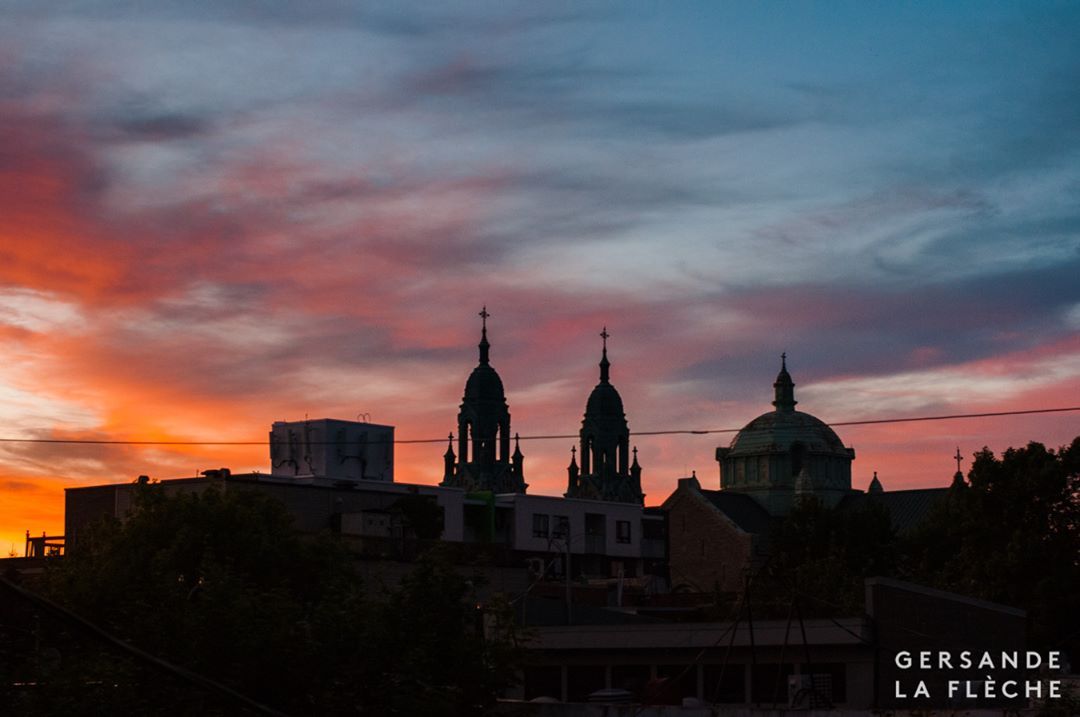 For a while now I have resisted using this blog as an outright blogging (or personal journalling) platform. I have also generally avoided calling myself a blogger, worried about boxing myself into a corner I wasn’t sure I wanted to stand in. Though I’ve been writing on the internet for well over ten years now, the oldest current public post on this blog is from 2012, some impressionistic journaling of my reaction to reading Murakami’s The Wind-Up Bird Chronicle for the first time.

Some years ago I “cleaned up” this blog, removing almost all my poetry and class notes, as well as any random journalling that seemed incomplete, out of place or too personal, and especially any blog posts that alluded to some of the darkest chapters of my life. I essentially undertook a journey to “depersonalize” my blog and, without entirely realising what I was doing, endeavoured to conform my blogging to a personal brand that I could then market (somehow) more-or-less comfortably somewhere in the fringes of a patriarchal, capitalist, ableist, racist, homophobic and transphobic “real world.” I wanted to at least try to present myself as a palatable intellectual: not too threatening, with lots of academic jargon to protect myself from scrutiny and hopefully appeal to all the different kinds of people I was hoping to attract: at the time, these were literary and technology-oriented academics, education policy and teaching types, programmers and coders, etc… I am a multifaceted person with a lot of overlapping interests and pursuits (ex: art, photography, web design, teaching, coding, poetry, singing) and I wanted to write about all of it, and more.

I thought lifting myself up as a pseudo or aspiring academic would do some good for my online visibility, and help propel my fledgling career doing…whatever doors my interests could open for me. Compromising or sacrificing privacy for visibility (and thus economic desirability) is still something I’m always trying to negotiate and deal with. For a while, in 2013 at least, it seemed the experiment succeeded when some undergraduate essays and other writing (some classwork, some not) that I posted on here attracted a small amount of attention. I also discovered some tenuous visibility writing about programming, open source and technology culture. I decided that I would heavily prioritise on this blog “intellectual” writing or technical writing over the less polished writing I had mostly posted between late 2009 and 2012, the blog posts that were often free-writing exercises that functioned somewhat like a diary for public consumption. I decided in 2013 that if I wrote henceforth about my subjective experience, I would always approach it from some intellectual place.

I sometimes wonder if I’ve shot myself in the foot, and boxed myself into another corner I’m not really sure I want to be in.

Though, on some level, I still am afraid of being a blogger.

Responses to my blog have varied greatly over the years, and I’ve never quite felt like I had a handle on some sort of audience. This (sometimes complete) lack of response has also contributed to feed my many insecurities. I never know what to write about, since nothing I write about garners much attention anyway. Every time I felt like I had some idea of who was reading my blog, time would eventually prove me wrong. At first, I thought it was just my closest friends and maybe some of their friends, but that wasn’t true (many of my close friends don’t read my blog or follow my twitter). I thought it was my twitter followers, but according to the analytics on my blog, that’s statistically untrue. I occasionally get some odd emails from a reader, usually asking me to insert a link to their own writing at the bottom of my own blog posts. Sometimes, out of curiosity, I respond to their emails asking for a few more details—“How did you find my blog?”—but I have yet to hear back from any of them.

When I look up to the starless night above the two church steeples of Saint-Stanislas, I see the faint outline and blinking lights of a helicopter circling around the north east end of the city and returning downtown. It is well past midnight, but I’m wondering if it’s the same black helicopters that have been monitoring the city over the notorious “Formula-E” weekend.

I’m sitting on a balcony that overlooks this quiet, one-way street. Two tomato plants, heavy and drooping with fruit that have yet to ripen, are leaning against my shoulder. I’ve been using the balcony chair to prop up the tomato plants, but because I’ve decided to sit here the leaves and tomatoes brush up against my arm and shoulder as I type away. The leaves aren’t too dry and scratchy against my skin as the tomato plants and I share an armrest. I probably should have bought those wooden sticks at the hardware store to prop up the tomato plants, but this no cost solution to droopy plants has worked so far, and I don’t mind the smell of tomato leaves when I use the chair. It’s the beginning of August, and the tomatoes are still very green.

As it’s typical for the weather at this time of year to be hot, sticky, and static, this is the first time I’ve felt a breeze all day, in this particular corner of the world, sitting on a balcony in the dark, my laptop open in my lap, the cat vigilantly observing cyclists pass by in the dark street below.

Fatigue, then, when people ask me what I write about and how my writing’s been. My tongue suddenly dry. But these are valid questions, and shouldn’t I be excited to talk about my work? I’m incredibly lucky, beyond privileged, to make this choice to write and keep writing and to call myself a writer—the designation seems snooty but I don’t know how else to describe myself when writing is what I’m always trying to do and always thinking about doing. So, in short, shouldn’t I be excited to talk about it, with yet another person?

It is admittedly better than when people joke, even kindly, about how useless my Creative Writing degree is.

Mostly, I tell people I like to write about the environment. That seems appropriately serious, material and palatable. It can masquerade as a good career move, when the environment is on everyone’s minds these days. Nonfiction. Serious. Real writing, for the Real World.

Less often I tell people that I have a blog, where I write about whatever’s occupying my mind. I sometimes admit that I write a lot about videogames.

In a writing workshop I’m co-organizing, Tara McGowan-Ross admitted last week that she feels extremely conflicted about how scattered she is, torn between so many different interests: drawing, writing, theatre, playing guitar. She’s good at all of them and has always refused to give any of them up, but now it feels like because she can’t commit all of her efforts to critically excel in any chosen medium, she's trying as best she can to give her attention to all of these artistic loves in whatever spare time she can muster on top of domestic or service work. Even now, to choose one relationship to an artistic medium over any of the others would mean letting all of those other loves and relationships and opportunities die, and she is not prepared to let go. But wouldn’t she have something more like a career if she could just choose The One?

Can’t we all just be Art Polyamorous and have rewarding, torrid, sustainable romances with Writing, and Drawing, and the Guitar, and Theatre, and, and, and ?

In my case particularly, I write about So Many Different Things? Can’t I write about animism, witchcraft, videogames, literature, poetry, politics, queer politics, gender theory, people, animals, food, herbalism, ableism, mental illness, and even photography and have it all be sustainable and nourishing and cross-pollinating?

Green tomatoes, not quite smooth to the touch. My fingers smell green after I handle them, touch the leaves, feel the fuzzy stems. The tactile is comforting like nothing else: green smells, and dirt.

The useful thing about projects like a blog is that they can be a space for experimentation. I’m not in university anymore, and I no longer really aspire towards academia. I can let go, at least a little, the pretences of jargon and theory.

To write about the personal in anything but general terms especially is scary, and scares me. To divulge my life and have no control over who reads it does frighten me to the point of losing sleep sometimes. Around 2014, someone who was part of a neo-fascist movement wrote a terrifying blog post dissecting my social media and blog posts for the purposes of demonstrating that I was an insane person who should be discredited at all costs. Discovering that extremely long and detailed post about me forever changed my relationship to strangers on the Internet. But there is also the more banal but still nerve-wracking drawbacks of blogging, which is that strangers who might one day employ or hire me might read these words and come to disagreeable conclusions about the worth of my labour or my person. There is also the fact that some people will read something I wrote 5 years ago, and assume that my politics, opinions, and behaviours will have remained unchanged in 5 years. The risk of keeping some of my older writing up is the fear that people will box me into an outlook or perspective I might have outgrown.

So, I want to be a writer who blogs, but am I a blogger? Worrying about these definitions is probably an exercise in silliness. What does it actually matter? Probably less than nothing compared to the act of actually writing, whatever the writing ends up being used for. Though writing a blog is fundamentally different from so many other kinds of writing, such as novel writing. When one is writing a novel, for a long time at least, it is an almost completely solitary pursuit compared to blog-writing, which is meant to be shared immediately and widely. But blogging is still Writing.

If my blog is a garden then a few years ago I went on a pruning spree so thorough I removed almost all the weeds, only to now find today that my garden seems somehow empty without them, the dirt less giving, the act less rewarding. I wonder now if I shouldn’t modify my approach to writing a little, and not be so afraid to write about the personal. Relaxing my own standards about what kind of writing deserves to be written might encourage me to write more, and I often find that the more that I write the easier it is to write, and the easier it is to keep writing.

The Thing is to keep Writing. 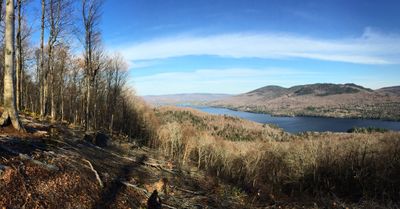 A weekend at Ker Izela 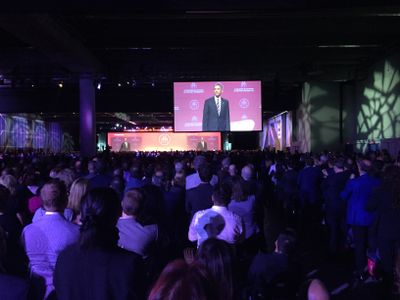