I played the original Life is Strange a good year after it had been released (at the bottom of this post, I've linked to some of my twitter livetweets from back in 2016 about it), and played the episodes more-or-less in a straight shot. This year, I was curious about Life is Strange 2 (in a very cautious, "don't get your hopes up" way). After I caved and bought the first episode, I decided to livestream the first two hours or so of my play-through on twitch.tv — if you see this post before the 16th of October, the actual play-through should still be available online though it's kinda long and boring. And as I don't have the patience nor the time to edit down a 2-hour video for YouTube, eventually Twitch will stop hosting the video and it will go away forever.

So here are some quick n' dirty notes I'm writing here for posterity — I'm interested in playing Life Is Strange 2 in episodic segments, and with luck I'll be able to keep adding my notes on my blog or on Twitter (maybe I'll keep streaming my play-throughs on Twitch too!) So that at the end, it will be interesting — at least from my perspective — to see the journey.

Let's Start With The Good

After playing through the whole episode, the lead character of 16-year-old Sean is a solid choice.

I was apprehensive. I wasn't alone in this, either. A lot of people were vocally unhappy about DONTNOD's departure from telling stories from a girl's or young woman's perspective. There is an over-saturation of white cis male perspectives throughout all media, not just video games but in literature as well.

But, and this makes me happy, Sean isn't white, and that detail matters to the game so far. His father is Mexican, specifically from a place called Puerto Lobos — which is a real place!

And at the start of Episode 1, Sean lives with his dad and his little brother Daniel in a suburb of Seattle. The Pacific Northwest of the United States, is often considered one of the whitest places in the United States. (Only 6.6% of Seattle's population is Hispanic according to the US Census as of this writing.)

And throughout the episode, I found Sean to be pretty relatable. From his relationship with his best friend to his crush, from his exasperation with his little brother to the panic and grief that pushes him to run, these were all things that made me feel quite a bit of sympathy for him. But personally, the thing I most empathized with Sean was looking through his sketchbook. It really reminded me of my own high school sketchbooks. It's funny how it's the innocuous details that really tie a character together.

Sean's kind of grouchy, but while playing it for a few hours, it didn't really get old or feel overly gimmicky.

First of all, I really like it that it's the 9-year-old little brother that has the supernatural powers. I wasn't expecting that at all but it's pretty awesome, a nice contrast from Life Is Strange season 1 where it was the main character with the powers and Chloe was the regular person.

Daniel's powers also reminded me a little bit of a Wrinkle in Time and about how Charles Wallace is the prodigy and Meg is the regular (if really smart) kid, and that made me wonder about the end game of Life is Strange 2. Is Sean going to save Daniel through the power of love? Is that why it's so important to be a good example to Daniel?

Another good thing about Daniel: he's not annoying, even though he's an NPC who follows you around. He's a 9-year-old, but he remains endearing without getting frustrating (at least that was my own experience). In a lot of ways, he contrasts nicely with Sean, because for so much of the episode they have a different take on what's happening, and that tension not only builds drama but it lets the player indulge in lighter moments too throughout a pretty heavy and emotionally devastating first episode.

A Quick Note On The Bad

I don't want to spend too much time on this, because I find talking about game mechanics and graphics boring. There were a few visual glitches, though thankfully they didn't happen during really emotional cutscenes or dialogue so it wasn't too disturbing. But in an episode of a video game that takes itself pretty seriously, it was a little jarring to have random sticks poking through the little 9-year-old Daniel's face. :\

Now, my other complaint is also about the mechanics. The cutscenes are long. I didn't time it, but I'm pretty sure there was at least one very long stretch (10+ minutes maybe?) where I didn't touch the mouse or keyboard at all. I was basically watching a movie. I do like cutscenes and don't mind the more "cinematic" video games, but it was feeling a little excessive at times. At least once in the first hour, my attention seriously wandered. It wasn't great.

There's a place for cutscenes. But honestly, I rather watch movies when I'm watching movies and play games when I'm playing games. Too many long cutscenes in a row undermined something for me, even though I'm having difficulty coming up with a coherent explanation here.

And Finally, The Ugly

I don't know how I feel about the father, Esteban Diaz, dying. Esteban was a really cool dad, almost too cool, and right away I knew he wasn't going to survive the first episode because good parents almost always die in video games, television, books, and movies.

On the one hand, I understand that in order to justify a 9- and 16-year-old pair of brothers going on the run from the authorities, something really bad needed to happen. Though I am beyond glad that they didn't show the single Mexican immigrant dad as abusive. (This is completely my own preference — I don't really trust a video game to capture the dynamics that an abusive/toxic/hurting immigrant household can have.)

But there is something frustrating about the fact that a video game that does end up tackling a subject as fraught as racial injustice ends up killing the loving Mexican immigrant dad to do it. This is a tough frustration I'm having difficulty putting into words as well. No matter what, it's completely true that police brutality/killings in the USA are an extremely important topic and I don't want the story to shy away from that reality, either.

Anyways, what did you think of Life is Strange 2 so far? I'd really love to hear your takes and reactions — feel free to come find me on Twitter or in the comments below to talk about it. There are good reasons to feel mistrustful of DONTNOD and wary of their take on racism, homelessness and the effects of police violence.  What do you think?

PS: I decided to link here to the livetweets I made from my first Life Is Strange play-through, back in 2016-2017. Enjoy the profanity-laced mess: 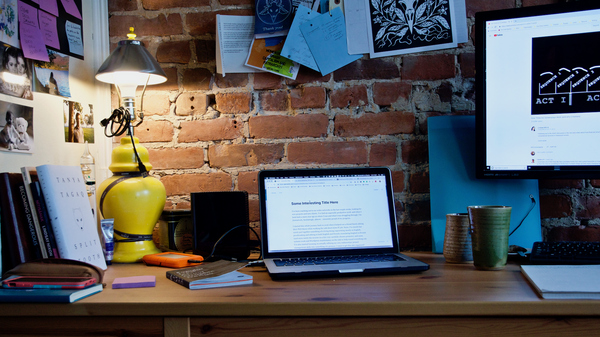 So those are my overall 3 big goals for the next 12 months. I'm turning 28 at the end of October. Birthdays are a great time for general self-reflection and critical navel-gazing, right? 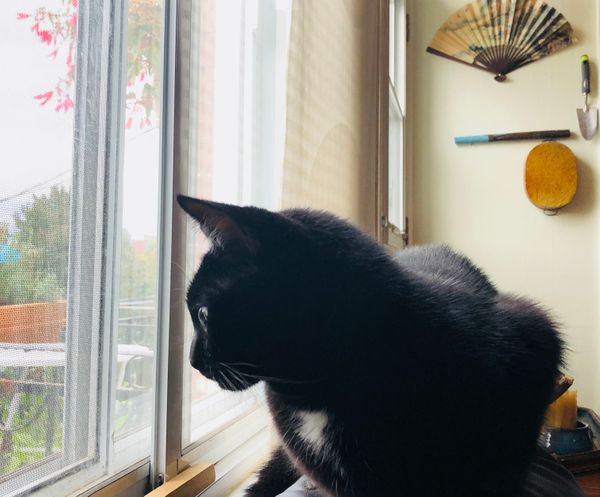 A mere 24 hours after I wrote my previous blog post about losing Luna, we found her under a full moon. Here's how the saga ended: happily!