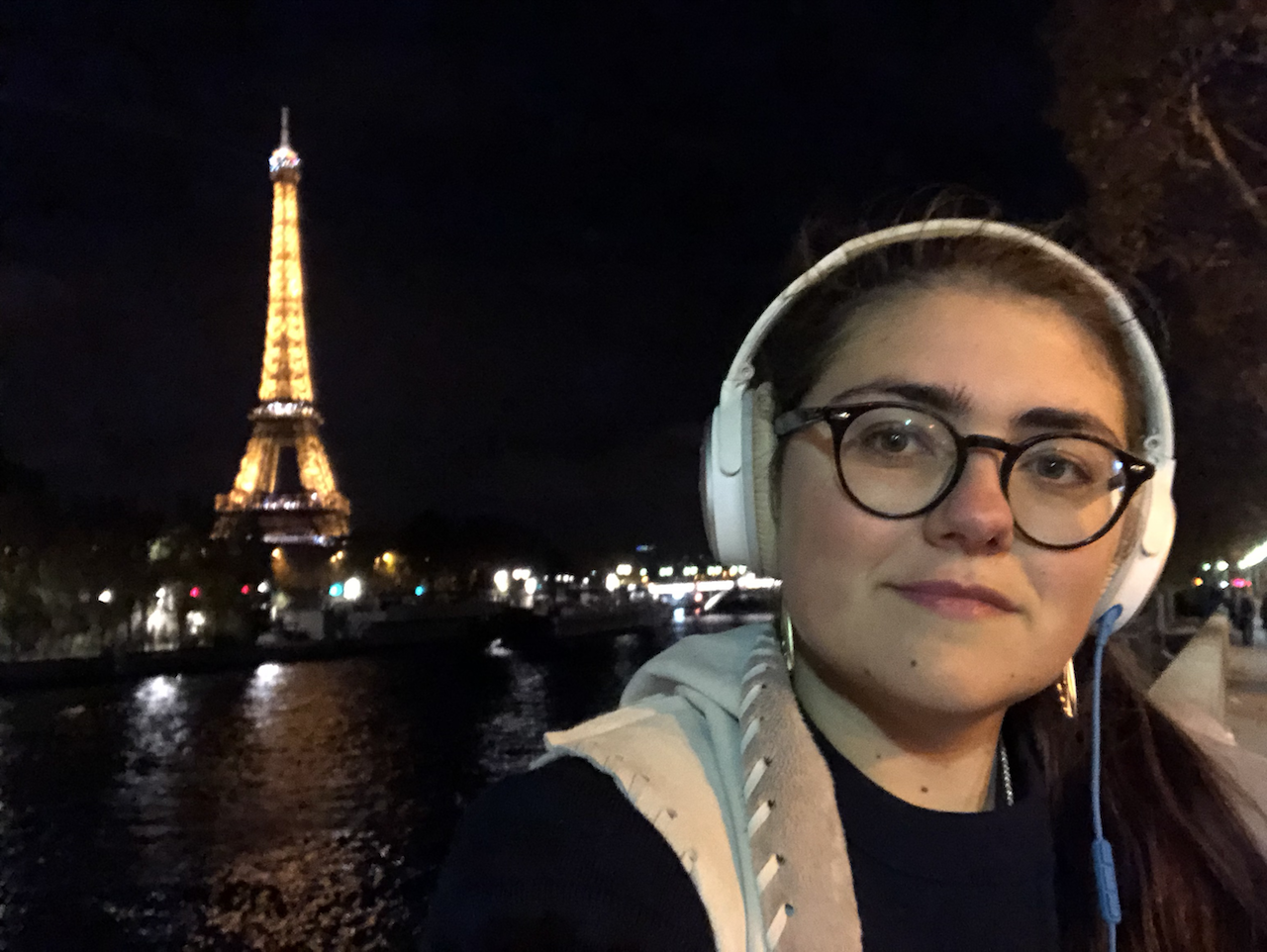 Jet lag and Paris at night

In which I describe my first two nights wandering throughout Paris, mostly in the XVIe and the Marais so far. Includes shoddy cell phone photos! :D

As I type on this keyboard, it is 7 in the morning, and I'm throwing in the towel on sleep for the time being. I slept from roughly 21:30 until 1, Paris time, and spent the rest of the night alternating between staring at the ceiling and rereading the archives of Captain Awkward.

I arrived in Paris Wednesday morning on the 7th, and really haven't done much yet as I try to trick my body and brain into adapting to the schedule change.

But my first night, as with last night, I did manage to go on some lovely walks throughout Paris, mostly concentrating on the XVIe and the Marais so far. Some of the walking did retread the wander from my last visit to Paris in 2016, right after I graduated from Concordia.

The night of the 7th, after I ran some errands and finished getting settled, I started walking from Place Victor Hugo and followed the avenue until I reached l'Étoile. It was too late to buy tickets to climb to the top of l'Arc de Triomphe, but as I'd never stood underneath it either, I wandered to the tunnel to access the monument. There were only a handful of people, the sun had set a while ago, but there were workers setting up the lights for the evening. Here are a few pictures I took up close with my phone. (When in Paris alone at night, I don't carry my Nikon with me for security reasons if I can help it.)

Satisfied with the quick look-see, I decided to walk down les Champs Élysées, which is completely bearable late at night in the middle of November when there are very few tourists and the Parisians aren't keen on loitering in the cold. The French are already in full down winter jacket and boots, whereas I'm running around in sneakers and a sweater with the sleeves rolled up. (And in Montréal the Gazette literally ran a headline "God help us, forecast is warning of up to 14cm of snow in Montreal next week" for 2018/11/07, so I'm really enjoying the reprieve from the cold, even if I stick out like a sore thumb around the locals. And at least I'm not wearing flip flops like I was a few summers ago in Reykjavík — that really turned heads!)

At George V, I veered to the right and decided to head back towards the Seine. I knew I would eventually want to end back at Place Victor Hugo, but I wanted to take my time getting there, so I ended up at the Seine at Pont de l'Alma. I turned right again, and followed the river for a while, which was delightfully calm except for a few boats floating by.

And, hey there, old friend.

I wandered over the the Passerelle Debilly, which is a pedestrian footbridge that crosses the Seine. I have memories of being scared of traversing it when I was a kid, because when you look down through the wooden planks, you can see the river and the boats in the space between the planks.

I was virtually alone on the quai Branly, which was a first for me. Getting late, with Led Zeppelin playing in my headphones, I walked down all the way to the Eiffel Tower. There was still a crowd of tourists at the base. This must have been just after 23h, because the tower was doing that sparkle thing it does on the hour. But as the billeterie was closed so I retraced my steps back to the bridge, and walked back across Iéna to the Trocadero, and then onwards back to my starting point at Place Victor Hugo.

On the 8th, I had a somewhat earlier start to my walk. This time I started exploring around Quartier des Halles and ended up at the Fontaine des Innocents just after nightfall.

I meandered down the pedestrian Saint-Denis, one of the oldest streets in Paris (it's almost two thousand years old!) and then ended up at one of my favourite places, the very gothic and very ominous-looking Tour Saint-Jacques (fun fact, also the traditional starting point of the pilgrimage to Compostelle, in Spain).

I then continued towards the Seine, and crossed over onto the Île de la Cité, where I wandered by the ancient Palais de Justice, through the Flower Market, and back in front of that old familiar lady...

I ended the evening by Shakespeare and Co, though I arrived just 20 minutes before closing and decided the rush of people at the cash wasn't quite worth it. I'll probably have to schedule another visit to that bookstore before I return to Canada, because it truly is one of my favourite in the city.

And, finally, as I wrap up this blog post on my jet lag-fuelled late night wanderings, I leave you with one last photo taken along the Seine late at night, of the Hôtel de Ville of Paris. 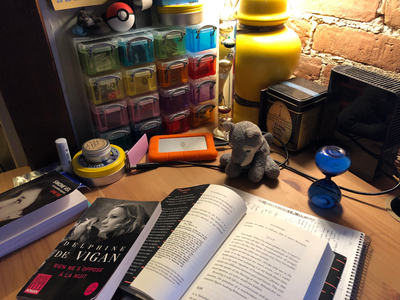 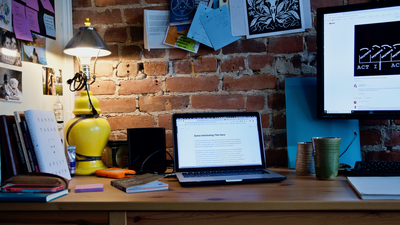 A few photos of me and my sword, in a lake