I'm not American. As such, Rachel Maddow didn't really float into my field of vision as a reporter until the Trump Administration caused this to happen to the English-speaking Internet: 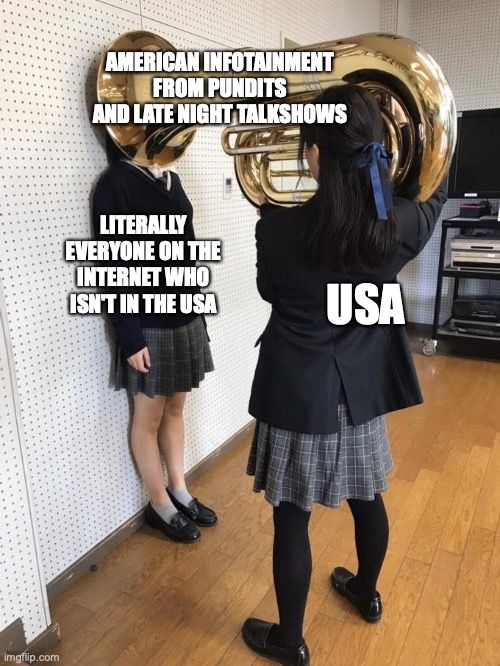 I'd heard about Blowout around when it came out, and knew I would eventually want to read it, but kept waiting for it to become available through the library. I had a chance to borrow a copy of Blowout over the winter holidays and got through it in a fortnight. Maddow's 2019 book is the result of years of investigating into the economic, legal, and political systems that keep the oil and gas (fracking) industries rolling, especially in the United States, and how these systems will likely keep those industries rolling for decades to come because money. This is even as temperatures continue to rise with every year, our oceans and waterways become increasingly polluted, as wells and pipelines and tankers keep spilling oil all over the place, as our very survival as people on this planet is threatened. Because money.

Maddow telescopes in and out of Oklahoma in the 90s, 2000s, and most significantly throughout the 2010s, as fracking in the United States took off like never before, and massive earthquakes and devastating pollution proliferated. The book pulls back the curtain on the actions of oil companies big and small, such as Chesapeake Energy, Continental Resources, BP, Exxon Mobil, and even the eastern European Yukoil and Rosneft, and how they were able to take advantage of governments in North America, Europe and throughout the world, especially to drill in Oklahoma, the Gulf of Mexico, and the Arctic. In terms of actors, Maddow spends quite a bit of time following two boogeymen in particular: Rex Tillerson[1], especially during his tenure at Exxon Mobil, and Vladimir Putin.

While there are several riveting chapters sprinkled throughout Blowout (chapter 12, “Ultrahazardous Activity” is jaw-dropping, chapter 16’s tale of ineptitude and danger in “This Ain’t No Disco” had me falling off the edge of my chair, and chapter 21’s “Because They Could” and chapter 24 “Yeah That Was Crazy” are very, very sobering), the book too-often indulges Maddow’s habit of spinning multiple disparate threads for too long before the connections between them become clear. If you’ve got two, or even three threads, it’s not too much of an obstacle for a reader muddling through. Once you’ve got more than five or twelve, however, it genuinely becomes difficult to understand sudden name drops, turns in narrative and shifts in scale or chronology, oftentimes within chapters and paragraphs, usually with very little warning or explanation.

Maddow acknowledges the inexorable, corruptible, corrupt, and civilization-destroying aspects of the oil and gas industry — and even of the legal, political and economic systems that uphold that industry — but then pivots to place the blame at the foot of “gangster capitalism” or “cowboy capitalism,” as well as on a non-voting or non-reactive populace that allows the capitalist and political classes to do what they will. It’s a subtle and decidedly frustrating position that muddies Maddow's analysis at the best of times.

I have two more observations that are not so much about Blowout but about what was left out of the narrative. I gather since the American focus was primarily the Gulf of Mexico, Alaska, and Oklahoma, and not North Dakota, there was no mention anywhere of Indigenous resistance to fracking sites or pipelines running through any of the mentioned states. This is despite Oklahoma being a prime candidate for analysing broken treaties and promises by the Oklahoma state to the Cherokee, Cheyenne, Chickasaw, and Chocktaw Nations (to name but a few). I also found it interesting that, for all Canada has tried in the last twenty years to position itself as a major world player in the oil and fracking industries, no mention of Canada was made in the book.[2]

I was in my early twenties living (primarily) in Québec during the first half of the 2010s, in a province that is proud of its hydroelectric infrastructure and whose people regularly denounced major spending on petrol and hydrocarbons (and still do). What I did find very interesting about Blowout is that it allowed me to see a few big — and many small — pictures that I did not see or understand at the time because I did not have the gift of hindsight or exposure to the kinds of sources that Maddow builds her text on. I remember watching Deepwater Horizon unfold on the news and on social media with horror. I remember wondering what the consequences would be on the oil and gas industry. Blowout on that subject is pretty categorical: there were none.

I am an independent language worker, writing coach & English-French translator. When not working, I can be found drinking lots of tea and scribbling away in one of my notebooks.
MTL // Tiohtià:ke