This was an exercise for a computer science class I am taking in university, which examines object oriented programming but only in a Java context. Because I am very tired of Java programming, I convinced Leifur to help me write the exact same program in Python. (It took a few beers and some cajoling to get him to look at Java code, but it happened!)

I would have rather designed a different project, because I find the BMI to be an unreliable and bothersome concept. However this was my first assignment for my Object Oriented programming class so I had no choice.

Here are the following specs for the program. I created a Java BMI calculator that accepts imperial or metric input within a certain range of values.

Again, I did not chose any of this, these program specs were determined by my professor in the assignment.

How the two programs were created

I created the Java program over the course of a Sunday evening, taking breaks to watch bad reality tv and answer emails/phone calls. My first iteration in Java was buggy (giving the user a BMI's of "Infinity" by accident) and was about 250 lines of code long. The new and improved version is around 400 lines of code.

The code in Python was written alongside Leifur in an hour-long pair programming practice session. It was officially my first time pair programming, which was really exciting because I'd never done it before. My knowledge of Django/Python is fairly limited to templating and design, so it was interesting to hear about more rudimentary bare-bones Python 3 stuff. My friend Julia Evans has written on pair programming and how useful she finds it. I believe that in the right contexts, pair programming is really awesome.

1. Ask the user to chose between metric and imperial systems

(Note: in almost all my Java programs, I create a custom print class so that I don't have to copy-paste System.out.println(); a million times. I call these custom classes write() and writeln().)

In my public static void main(String[] args) {, I build a Scanner object called scan, save some Strings and doubles, create a boolean called isItImperial and ask the terminal to write the introduction. It's a lot of necessary boilerplate. In my copy of the .java file, the fun stuff doesn't happen until line 82:

(I called the method pickNumerology because I thought it was humourous.)

So what is in pickNumerology? I know that it has to return a boolean that decides whether or not the program continues as a metric or an imperial calculator.

Note that I have writeln() statements everywhere. That's because debugging happened.

Now that you have seen the Java code for that, let's look at the equivalent Python code:

So far so good. As expected, Python just has less boilerplate and setting up happens very quickly. Exactly as with the Java code, pick_numerology() is going to return a boolean either True or False.

Indeed, the Python pick_numerology() is 6 lines of code, whereas the Java pickNumerology() is 29. They perform exactly the same way. I haven't had much chance to use tuples in my coding so far, so it was fun to have a reason to use them. Thanks Leifur for thinking about them!

2. Ask the user his first name

This is the Java code:

This is the Python code:

My Java code here at first was really messy. I've fixed it up a bit. It's still probably real messy.

I'm very thankful so many amazing programmers follow me and are always willing to check for bugs!

From now on, I'm going to show the code assuming the user picked metric.

This is a lot of code. The reason I use methods like this is because they are reusable no matter which calculator type is chosen, metric or imperial. I also get to use the checkRangesHelperClass  later in the program when I'm looking to classify the BMI.

Now that just seems absurdly small. That can't be it, can it?! At least, check_metric_range(height, weight) has to be reasonably long right?

This is one of those moments that make me think hard about the value of teaching Java as the first object oriented language in university. At least with C (the Latin of programming languages) one learns about the fundamentals of object oriented languages the hard way. It's not like we are learning Java because it's more verbose and obnoxious... Or are we? Is there value in the additional boilerplate - does it actually teach programmers to be more thoughtful? I'm really not so sure.

Python has more abstraction yet it remains readable and clear. With Java, the program quickly becomes unreadable, and it's notJustBecauseCamelTypeIsHarderToRead.

6. Return an output with the BMI and the Singaporean Classification

In Python, the code is very simple, and in fact fits in the loop we made for checking the ranges:

And the function which controls which BMI message is shown:

As you can tell, I was losing patience with the strings after a while.

I am a little annoyed in university's continued useage of Java in the classroom. Java is not a bad language, but it also just seems like an uninteresting way of learning programming. Python is powerful and abstract. C is C. Heck, even C++ is a serious language used all over the place. Java and the java virtual machine are headaches.

I'm interested in code, not boilerplate. In the end, my Java program was 400 lines, and the Python program Leifur helped me write is around 70. 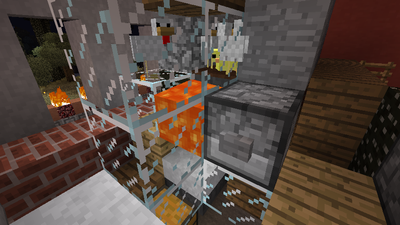