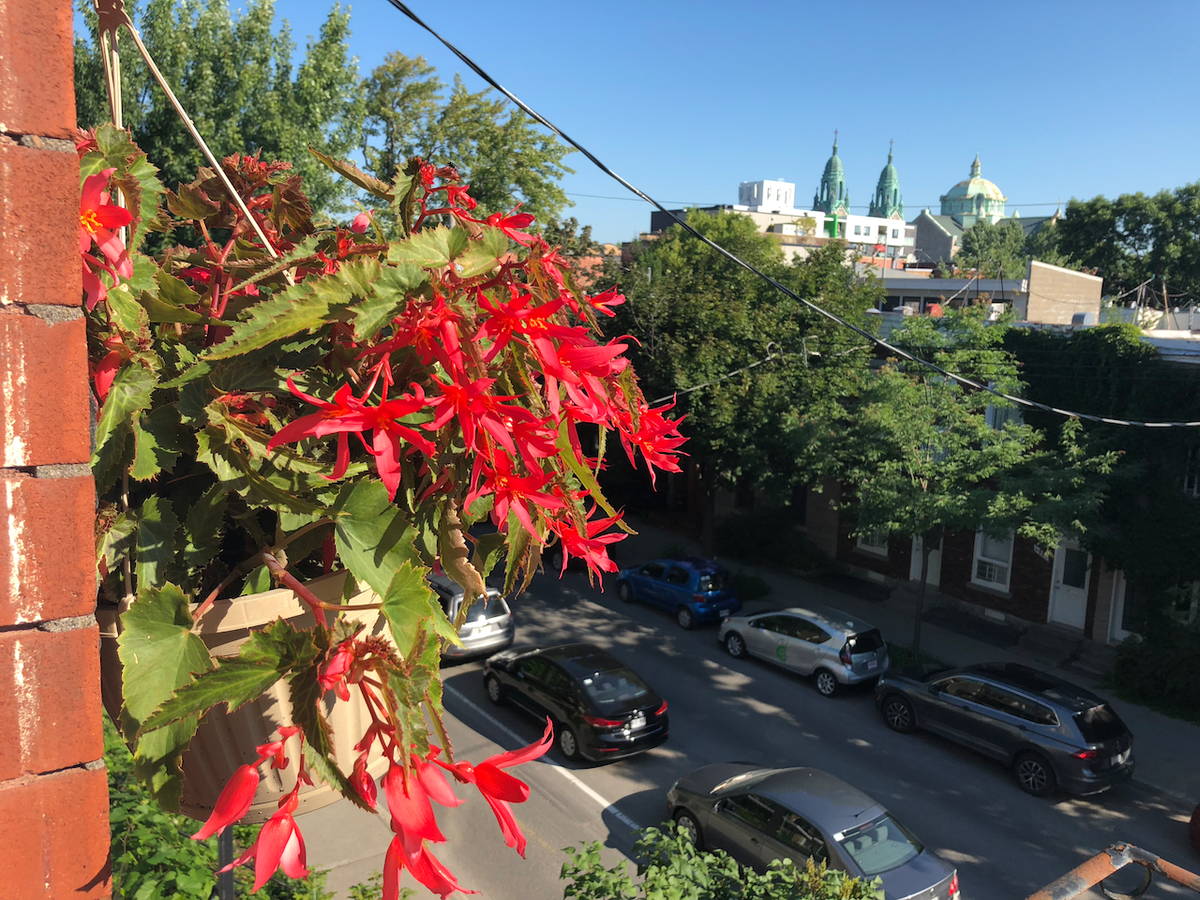 The Limits of Self-Care

The mainstream "self-care" conversation is all about escape as indulgence, luxury as balm. Fuck that.

According to Canada, today is International Self-Care Day. Moving right along the inherent absurdity of a state minister wishing us common plebes a day of self-care (as well as the proposal of "bringing forward a regulatory proposal for consultation to improve the labelling of natural health products", interestingly enough), I wanted to jot down a few thoughts that occurred to me regarding the current conversation about self-care.

This is in part spurred by the ongoing conversation on American Twitter about privatization (pour ou contre) of public libraries — I find it heartbreaking that while that conversation is even being entertained, elsewhere people are happily talking about Self-CareTM. I was also propelled to put something down by the tweets of Bani Amor, who expresses below something I think about very often — especially with regards to physical exercise and being socially active, two things which my physical and mental illnesses often impede, if not prohibit entirely.

Which is why I'm about community care > self care #SelfCareDay

I was actually going to quote-tweet Bani and make a Twitter thread out of these thoughts, but then I remembered I had a somewhat neglected blog, so bear with me as I reassemble some disjointed tweets into something like a blog post.

There are a lot of limitations to self-care that bear repeating until they become truly obvious and sink in. I particularly like this article by Brianna West on the matter, which really touches upon one thing that really frustrates me about the mainstream "self-care" conversation: escape as indulgence and luxury as balm. Brianna's article is also about how this shallow self-care has nothing to do with individual accountability. Just like its overarching bloodsucking parent, capitalism, consumerist self-care (for lack of a better term) in fact tries to separate you from truly contemplating the consequence of your choices:

"True self-care is not salt baths and chocolate cake, it is making the choice to build a life you don’t need to regularly escape from."
...
"If you find yourself having to regularly indulge in consumer self-care, it's because you are disconnected from actual self-care, which has very little to do with "treating yourself" and a whole lot to do with parenting yourself and making choices for your long-term wellness."

While we can hashtag International Self-Care Day all we want alongside photos of haircuts and pedicures (I just cut and dyed my hair recently, it was really exciting! I have red hair again! Did you see?) we also have to remember that we cannot prioritize a mode of self-care defined by individualism and capitalism at the expense of community care and solidarity with one another. Which means that we actually have to give a shit about how other people are doing in this nightmarish hellscape too, even when the entire fabric of our Western society is set up in such a way as to try and prevent that. We have to care in such a way that it compels us to act.

Sidenote: if I'm telling you that caring for the other is greatly impeded by capitalism, please don't come back to me with "caring capitalism" as an answer. Just... Don't. Please.

Back on topic: I know this struggle between choosing self-care and choosing care for the community is older than us avocado-toast-eating (remember that one?) millennials. My father has told us "Charité bien ordonnée commence par soi-même" so many times it's engraved into my braincells, and my abuelita was always running after my nonno, scolding him that he would give away the shirt off his back if he thought a friend was in trouble — and in my grandparents post-WW2 household, where memories of war and Mussolini's regime haunted, this was a real concern. You can't help everyone, so help yourself first.

There are places where it is absolutely necessary. On a plane, when the oxygen masks fall, is one such extreme example.

And, in a figurative way, the emergency lights are going off and the oxygen masks have fallen. And we have been tricked into thinking, somehow, I don't know, that this "emergency survival mode" that we're all operating on is somehow at odds or has to happen at the expense of our broader communities. The mainstream "self-care" dialogue is very carefully positioned next to other conversations, about mindfulness and wholesomeness, a way of reassuring ourselves that prioritizing the self above all else is a mindful, wholesome decision.

I wish I knew how to shake us all out of it.

Writer Abeni Jones says something wonderfully salient and true in this Autostraddle article, bursting the bubble on what a culture hellbent upon self-care really looks like to the person struggling with mental illness: grim.

Because of the pervasive stigma in our culture, bolstered by self-care rhetoric, around being a burden on others, people with disabilities are often left fending for themselves in whatever ways they can and suffering as a result. The stigma around asking for too much help is an ableist stigma that we have to break down. The societally acceptable form of the burden usually falls on “significant others” like our spouses or family members. But it can be too much for such a small group, and many of us don’t have access to significant others or family anyway. If I’m going to survive, I need a team on my side. I offer a lot to the community in other ways when I’m healthy, but even if I didn’t, I still deserve to live.

Lack of care is systemic. But instead of focusing on a self-care that is 1) for the wealthy, or 2) for the benefit of the wealthy, we could start having real conversations about how to manage burn out and organizing. We could talk about how to manage mental illness and community work. We could talk about the inherent ableism of a lot of left and far left discourse. We could share specific strategies about helping one another in our communities near and far. We could discuss how to share labour and burdens.

It could start small, within our own networks, but it could also reach further. And if what I'm saying sounds completely exhausting, I need you to really look within and reassess why. It's totally possible that you're burnt out from everything which means you're exhausted all the time no matter what I write here and I empathize. But if you think you might be feeling defensive and guilty about something, or like you could be doing more, interrogate that feeling. Investigate it. Don't brush it away. (Don't let it drown you either, though.) Guilt and shame can be net positives if they propel you to reparations, reconciliations, to community work, to helping someone else. And this is something I'm writing for myself much more than I'm writing for anyone else. I've written about my chronic illnesses on my blog before quite a bit, and I'm always trying to figure out if I'm managing the correct balance of community-oriented work and personal development. I'm not always convinced I am, and it sucks. I am always working through guilt and shame and trying to turn it into something less shitty. But the thing is, real self-care, which is in fact real community care, is about dealing with guilt and shame. Real self-care is interrogating what it means being a white person in a white supremacist society, of being a settler in North America. Real self-care is just as much that as it is trying to heal from being a child who was abused, of being bullied at school, of being a survivor of sexual assault and harassment, etc.

I mentioned above the French saying my father likes to repeat on loop: "Charité bien ordonnée commence par soi-même" — it is a saying which means that you have to look after yourself before you can take care of others. The proverb, which goes back to the Middle Ages, also has a double meaning, which states that you have hold your own self accountable before you can criticise others.

It's almost midnight and I have a new rule about not writing blog posts past midnight. So I'm leaving you with some links to check out and, hopefully, a lot of food for thought about #InternationalSelfCareDay. 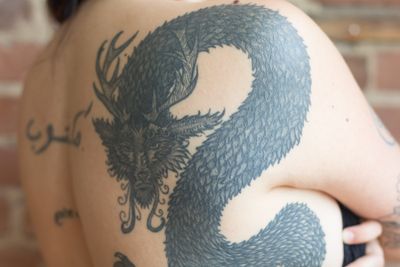 Observations from working as a freelancer 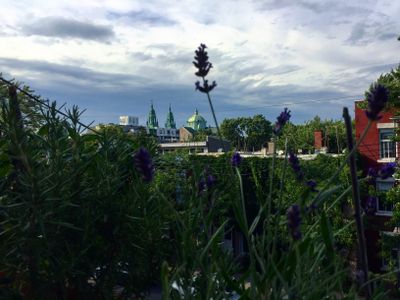