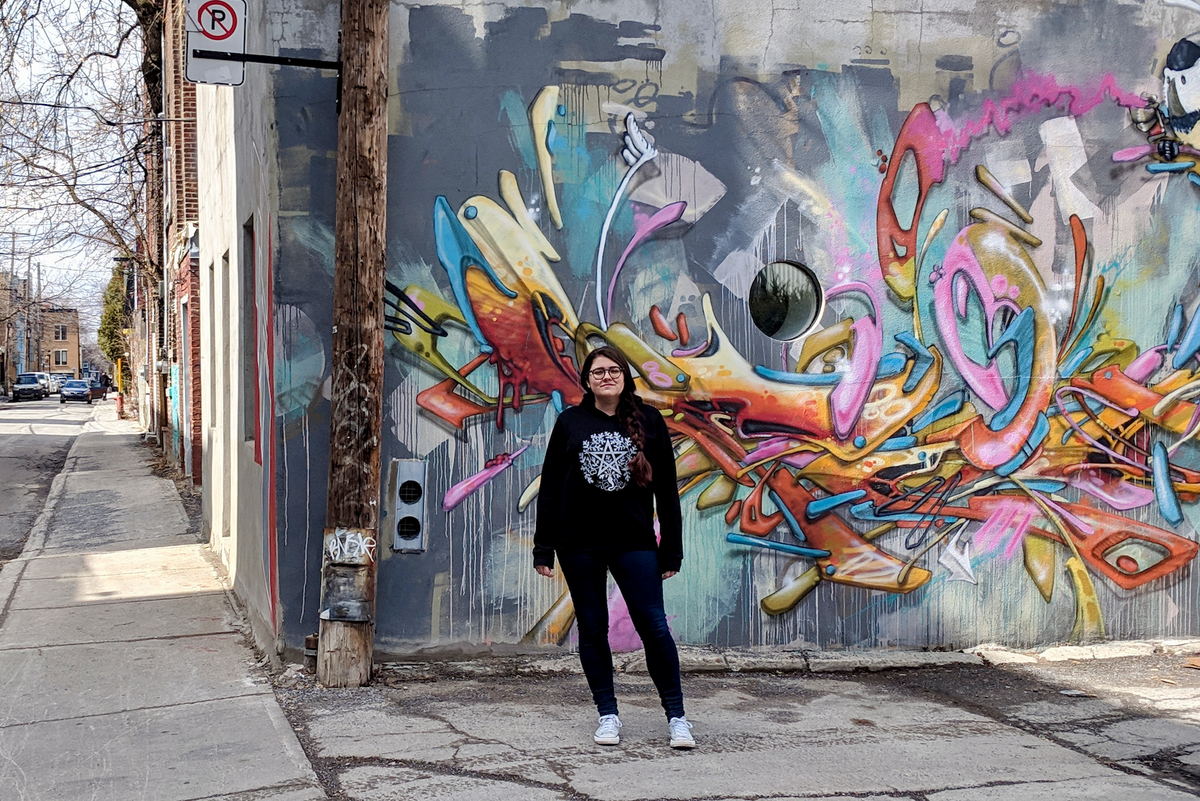 Let's wrap up April — and this interminable winter — with a blog post about what I've been up to these past few months.

I thought I would bring back a more introspective and general update after a winter of mostly talking about books, articles, and podcasts. My 2019 blogging challenge is going super well, though! I'm blogging at a rate of almost once a week as a result. L'appétit vient en mangeant, and so it goes with writing. The more one writes, the easier it gets to keep writing.

So let's wrap up April and this interminable winter with a blog post about what I've been up to, other than the blogging challenge.

A year ago, I wrote about winter 2018 as a winter of wreckages, and wondered about the end of grieving. Winter 2017-2018 was indeed a brutal one. My body wasn't cooperating with me, my mental health sufferred for it, and there was a lot of "professional" uncertainty as I was trying to drag myself out of the burn-out of 2016-2017 that kept me frozen in space but not time.

So it was a relief to find winter 2018-2019 much easier, despite the shit weather. Not easy, but easier, definitely. December and January were a bit rocky work-wise — which was mostly expected, because of the holidays — but work picked up very suddenly in February and swept me away; I'm still recovering my breath now!

Big news: I started writing a book. Oh yes. I put aside a project that had been haunting me for a couple of years but that I was getting absolutely nowhere with, and dove into a completely different project. It's YA — a genre I'm admittedly not super familiar with — and somewhere in the space of magical realism. It also has an agender protagonist who uses they pronouns (like me!) It's amazing how quickly the project bloomed and spun itself into something that I'm really passionate about. I ended up going into an old NaNoWriMo project to cannibalize some ideas I'd really liked but never really meshed too well together in that other project. I'm hoping to have a workable draft of the whole manuscript done by next spring. I still never feel like a "real writer", but I wonder if once I've actually finished a book, that will change.

Working on a book is honestly a full time job on top of whatever else you're doing, and I'm trying really hard to not lose momentum. I fully admit that I often feel overwhelmed (and it's starting to show). One thing helping me stay on track was registering for Sue MacLeod's YA workshop out of the QWF these past six weeks. The structure of a weekly creative writing workshop really did work for me at this stage so far, as I'm still working with more of a lumpen ball of clay than a fully-fleshed manuscript.

As I wrote in February, I am running a Star Wars DnD campaign for the first time and it's been amazing, but it's also a ton of work to do right. (Why am I so bad at establishing boundaries between what I can realistically do without everything spinning out of control? I suspect that is going to be a lifelong knot to untangle.)

As well, I've been trying to spend as much time getting out of the house as possible. Working from home is an easy recipe for cabin fever. Hanging out with friends does really help with that! But winter was so long. I follow a lot of herbalism and homesteading Instagrams from further south and everything is green and in bloom and people are already wildcrafting or harvesting — and as I write these words the ground below my window is still covered in snow.

Despite the long winter, I have been preparing for summer herbalism projects! I make a chub rub salve out of beeswax, shea butter, willow bark and nettle every summer that I sell to a few folks around Montréal. I've actually already made the willow and nettle oil infusion. Going to try getting my hands on some catnip and poplar buds to add to the salve this year again based on some feedback last year that it worked really well.

I've also been working with tinctures this year. I've been experimenting with a motherwort tincture for tachycardia and anxiety and it's very light but seems to be having an effect. (My inner skeptic always wonders if it's purely a placebo. Maybe. But I'll take all the placebo I can get. Relief is relief — especially with tachycardia.) I've also made my own recipe for a tincture for nausea, but that one is still in progress and won't be ready until early June at the latest. We'll see how that one turns out. I can't wait to get back to my balcony garden, though. Buying dried herbs from last summer is fine, but it's always so much better to make stuff out of plants I grow myself. Hopefully the weather gets warm soon. I noticed tiny, tiny green buds on the lilac tree yesterday. Hope!

Apart from writing and herbalism, this past winter I also took part in a workshop by Hannah Harris-Sutro that was revolutionary and really made me question everything about how I interpret the signals my body is sending me as I ... recover? Limp on? And, a few nights ago, I finally got my butt down to Tara McGowan-Ross's Indigenous Literatures Book Club at the Drawn and Quarterly where we discussed Tanya Tagaq's sublime Split Tooth.

I'm trying as much as possible these days to leave the house and do things again, with friends or out and about. I'm doing it even though I'm exhausted all the time. But, in many ways, I feel far less frozen than I used to. I look back at the blog post Fallow, written in summer of 2015, and feel far away from that Gersande. It took ... four years, but I finally am starting to feel better. 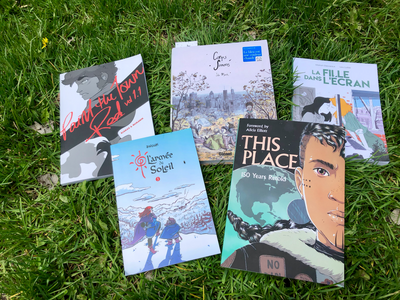